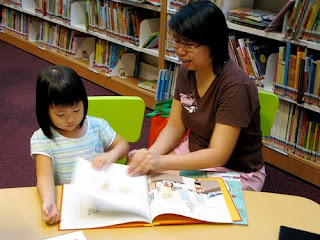 Keeping libraries open should be a priority IndyStar.com The Indianapolis Star

MCCOY knows libraries are a vital element of a healthy community. They provide computer and Internet access to folks who use those resources for employment searches and educating themselves. The library is a neutral, safe place for children and a gathering place for neighbors. We could go on an on about the public benefits of the libraries, their role in early intervention and prevention strategies for children, families and the common good.

While city officials mull over a $12.5 million Super Bowl makeover for Georgia Street the possible takeover of the $15 million yearly operating cost of Conseco Fieldhouse, six libraries in the neediest neighborhoods face closing.

Organized groups of Indianapolis citizens are determined to save six public libraries from closing. Stop Look Listen has created a website, Facebook and Twitter groups to rally citizens in support of postponing the decision on library closings (a vote currently slated for June 2010). Community organizers have also set up Facebook groups like Save the Spades Park Library and Save the Glendale Branch to attract and communicate with supporters.
If you agree that community gathering places, education and bridging the digital divide should be priorities in Indianapolis, ask our city leaders to postpone the vote on library closings and take time to find a creative solution to the library’s estimated $3 million annual deficit (a deficit that could be avoided if every Indianapolis citizen donated as little as $3.00; a deficit created by proposed caps on property taxes that supply 80% of the library’s budget).
Write letters to the Library Board of Trustees, the Library CEO, your City-County Councillors and the Mayor. Come out and meet your neighbors for the uplifting cause of saving one of our community’s most important, positive assets.
Public hearings are scheduled for Monday May 10th and Wednesday May 12th at 6:30 p.m. at the Library Services Center, 2450 N. Meridian Street, Room 226. Citizen groups will rally in the parking lot at 5:30. Attend with friends and neighbors to voice your support.
SAMPLE LETTER for your use in emails, letters or phone calls to public officials:

I am alarmed at the possible closure of six library branches in Indianapolis. The branches slated for potential closing are in neighborhoods that deserve and truly need their libraries and all the services the library has to offer.

Libraries serve a vital social service by helping bridge the gap between the “haves” and the “have-nots,” especially when it comes to literacy and computer skills training. Libraries offer services and products that level the intellectual playing field. The existence of libraries ensures that knowledge and technology are available to everyone, not just to those who can afford their own. This is more than charity work; this helps raise the education levels of society as a whole. Studies have shown that the presence of libraries is good for towns and cities; people and business owners find more value in areas that have libraries nearby. And they have rated libraries higher than other public services in professionally conducted polls.

As a taxpaying citizen of Marion County, our community’s libraries are a top priority. Please take the time to provide what support you can in helping us to keep our libraries open. Delay the final decision on closing the libraries. Renegotiate one-year leases of the libraries in jeopardy to provide additional time to asses other ways to shrink the deficit or raise capital, without shutting down any branches. By doing this, the library board (along with other city leaders and community members) will allow itself the time necessary to evaluate all current options—and brainstorm new methods—for stemming the library’s deficit.

Thank you very much for your consideration.
YOUR NAME
YOUR ADDRESS
YOUR PHONE or EMAIL

Direct your letters, phone calls and emails to the following power players:

Find your City-County Council district and contact your Councillor

via email, phone call or letter:

Thomas S. Shevlot, President, IMCPL Board of Trustees (& other board members)

Submit a letter to the editor of the Indianapolis Star or mail it to:

Letters to the Editor

Please include your name, address and phone number.

Send a letter to the editor of Nuvo.