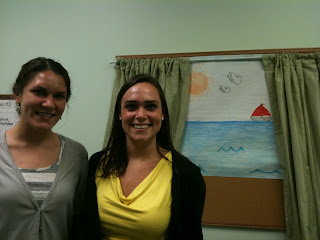 MCCOY is so excited to have two 10-week AmeriCorps VISTA Members serving with us this summer! Krystin Gehrich (left) is a recent graduate of Ohio University (BA Psychology) and Amy Karch (right) is recent graduate of Indiana University (BA International Studies). Both young women are truly impressive and well-poised to change the world! In the past three weeks, they have made significant contributions to MCCOY’s Early Intervention and Prevention Initiative (Krystin) and the Youth Program Quality Assessment (Amy). In the fall, Krystin is heading west to grad school in Montana (yi-haw!) and Amy is currently looking for employment in her fantastic hometown: Indianapolis. So far, I can personally attest to the high quality of her work : ) The VISTAs and I are the only staff members who do not have an office window. These ladies were clever enough to create their own!

I can truly remember times when I wanted to skip school and my parents did not support it. They valued education – of course they never said it so succinctly. As I grew up and found a liking for school through involvement in many school activities and support from teachers, friends, and schoolmates, I began to value school too. The strange thing is that I wonder when persons don’t have that support and never feel connected to school, what keeps them coming back each morning. The answer has never been clear but I wonder. My research in truancy and social bonding in the school context continues to unveil a lot of information as to who is responsible for establishing this connection. The response form the research is that parents have outsourced and feel that the responsibility lies with the school primarily; the school on the other hand believes it lies with the parents. Regardless of the answer, today we have millions of children throughout the US absent from formal school systems everyday. Thus, building the connection and relevance to school is a must. Schools have accepted this responsibility but believe that their primary role is to educate not socialize. Hence the quandary; when parents believe they have outsourced the care and education of their children to the schools, who socializes the child? Granted there are many types of truant students as Reid (2000) reminds us. They range from lesson absent truants to parentally condoned absent truants. The question that remains is “Are the practices and policies we have in place for truants responding to the real types and categories of truants that exist?” OR “Are we simply preaching to the choir of students that love school and want to attend but must help parents or simply can’t get up in time for school and miss the bus?” If we don’t take the time to categorize students by type of truancy the little money we have invested in this population may be used on incentives and strategies that don’t yield the most desired outcomes. Please don’t get me wrong that I think we are doing sufficient already; to the contrary, I believe that as a society we have lost sight of the children at the center of the discussion on truancy. We have focused too much on the parent and the parents are too caught up in blaming the school for not doing enough. As such the change, from my perspective is simply 1) set a common definition of truancy, 2) begin to organize the data we have on truancy by categories and types of truants, 3) then use the newly generated data to target specific challenges experienced by different types of truants keeping both parents, schools and students accountable for the changed behavior. Let me hear your thoughts on truancy and what we should do.

On the evening of Saturday, July 17, 2010, after the Indiana Black Expo ended three separate shootings occurred and 10 teenagers were injured. Due to the violent incidents, the Summer Celebration Task Force (“SCTF”) was formed under the direction of IBE’s Board of Directors. The purpose of SCTF was to develop strategies to help create a safer downtown Indianapolis District during Black Expo Summer Celebration and Circle City Classic. The primary objective of SCTF was to develop an Action Plan to help IMPD address safety issues for downtown patrons during this time.

The Task Force came up with a security plan that will have approximately 500 law enforcement officers deployed on the streets to deter criminal behavior. The two pick up and drop off points for parents will take place at (1) Maryland and West Street at the east side curb (located by Victory Field); and (2) Capital and Ohio on the south curb lane. Light towers will be erected in dark areas and the curfew will be enforced.

In addition to the Security Plan, the SCTF proposed three additional actions. First in an effort to reunite families and to attract more youth inside the venue, IBE will relocate the youth events inside the Indiana Convention Center on the second Saturday of Summer Celebration. The second action is to increase the number of volunteer participants of Ten Point Coalition’s faith based patrol. The third action is to launch a media campaign to promote safety and nonviolence.
The SCTF believes that by implementing strategies to attract the youth inside the venue, increasing the volunteers in Ten Point Coalition’s patrol program and launching a marketing campaign to include effective messaging on expected behaviors of youth and families during Summer Celebration, the above actions will assist IMPD with minimizing the risk of violent incidents during the event. 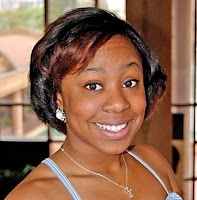 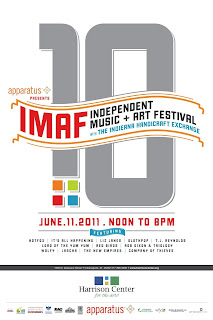 The Independent Music and Art Festival is this Saturday from Noon to 8pm at the Harrison Center for the Arts at 15th and Delaware. It’s free fun for all ages, and it’s right down the street from the (also FREE) Talbot Street Art Fair. The coolest thing about IMAF this year: a high school intern planned and raised funds for this great event. Read about her in the Indianapolis Recorder.