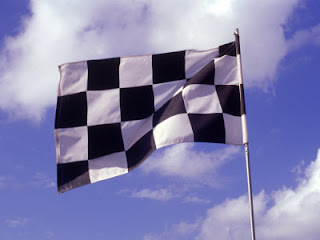 Over 100 individuals representing 50+ organizations that serve families will come together on April 12, 2011 to learn more about the early intervention and prevention services that are available in Marion County.

Rather than post an update today about the little activity in the Statehouse, I thought instead that I would share an interesting column by Matthew Tully in today’s Star. MCCOY shares his concern that all of the conversations currently occuring about education reform don’t have much of a child-centered focus. Just some food for thought.

Being an optimist, I honestly and naively thought that by now the debate over education reform would have grown less divisive. After all, the goals of better schools and more opportunities for children should be the rare issue with the power to force a spirit of cooperation into the political debate.

No, I didn’t expect the various factions involved to cave on their core issues. But with recent bipartisan federal education debates backing up my theory, I thought this could be one issue that was battled on a higher plane.

The legislative debate has been underwhelming. That’s largely because the House Democrats whose districts include many of the state’s most endangered schools have not participated in the discussion, and because Republicans insisted on wasting time this session on wedge issues that were guaranteed from the start to pollute the Statehouse mood.

Additionally, the teachers unions have used their might to tarnish reformers and the sensible and much-needed changes they are proposing.

But it’s not too late.

Someday, I assume, Democrats will return from Illinois and the legislature will get around to finishing the session’s education debate. Instead of more protests, poison pills and exaggerations, here’s an idea: Let’s have a debate that is worthy of the state’s schoolchildren. Let’s stop acting as if there are easy fixes, or that the status quo is even close to acceptable, and judge legislation on one question: whether it will lead to better classrooms and schools for Indiana’s children.

Along the way, those pushing for reform need to make a stronger public case for bills they support — bills that would, among other things, expand the network of charter schools, tie teacher and principal evaluations more to student performance and reduce the role seniority plays when it comes to layoffs and other teacher moves.

Legislative Democrats who insist they support these measures need to speak up now. If they don’t, if they continue to shrink in fear of angering party bosses, they will have permanently lost their credibility on the issue of education reform.

Top Republicans, meanwhile, need to begin patching the massive rift between them and teachers. In a recent conversation, Superintendent of Public Instruction Tony Bennett told me he is paying for the “flame throwing” ways he displayed during the first year of his term. He spends a lot of time talking to teachers these days but must convince more of them that while he is committed to increasing teacher quality, he is also on the side of the thousands of teachers who courageously do their jobs every day.

Parents and other taxpayers have a role to play, too. It’s to pay attention to a debate that could help shape the future of the city and state — and, most important, of many students.

House Democrats will return to work eventually. When they do, the debate over education reform will resume. Hopefully the second half of this debate will be more worthy of Indiana students than the first.

MCCOY is concerned about the impact President Obama’s proposed budget for Fiscal Year 2012 has on the protection and care of our nation’s most vulnerable youth. Read this position statement from the Burns Institute for Juvenile Justice Fairness and Equity for details on how the proposed budget will jeopardize youth.
For more than 35 years, the Juvenile Justice and Delinquency Prevention Act (JJDPA) has provided states with federal standards and supports for improving juvenile justice and delinquency prevention practices.
The proposed FY 2012 budget calls for a restructuring of federal juvenile justice funding to the states that will not only decrease overall funding to juvenile justice programs but will also jeopardize ongoing state efforts to achieve and sustain compliance with the JJDPA.
The restructuring undermines the historic purpose and intent of the JJDPA, which provides core protections for children in the juvenile justice system that:

MCCOY supports a Call to Action issued by The Burns Institute for Juvenile Justice Fairness and Equity. Burns and MCCOY urge all Champions for Youth to sign the petition or write a letter to the President or the Department of Justice.

I tend to be a glass half-full kind of person, preferring to look to the positive and believing that the future holds better things. But it certainly has been kind of tough lately when considering all that is happening in our world, our country, and our state. Earthquakes, tsunamis, and nuclear reactor meltdowns in Japan; a different earthquake in New Zealand; political unrest all across Northern Africa; Congress in Washington, DC and the Indiana General Assembly in deadlock; the list, unfortunately, could go on and on.

When faced with the seemingly never-ending waves of bad news brought to us in 24 hour immedicacy by all the information gathering crews of international, national, state, and local media outlets, I choose not to be bowed down but to stand up straight and look for the many signs of hope that are just as much present as the bad news—if we only look for them. The halls of the United Way Building have been filled for the past couple of afternoons by teams of young people coming to present their ideas for Youth As Resources projects. They believe they can make our community a better place through civic action and community service. I heard about a young person who has overcome a dysfunctional home life, homelessness, and poverty and who will be graduating from college with honors this spring. Another colleague in the youth development field told me the story of a young man who first came to their facility as a juvenile probationer who has stayed involved with the agency after his probation period was over and is now exploring college options.

These signs of hope convince me that we can and will prevail, even when it seems like we have every reason to throw up our hands in despair and walk away. These beacons of hope help to revive my spirit and renew my efforts. Thank you , all you young people, for keeping us going and being our inspiration. 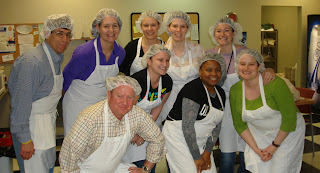 MCCOY employees: experts in the field of youth development. MCCOY employees: experts in scrubbing potatoes, slicing turkey, and seasoning beans. This week, MCCOY staff members ventured from the United Way building and traveled to Second Helpings, a local nonprofit dedicated to “eliminating hunger, empowering people, and rescuing food.” Through its innovative 3-prong mission, Second Helpings utilizes food donations in its culinary job training program for the under-employed. The culinary students and Second Helpings volunteers (like us!), transform this rescued food into nutritious meals for dozens of nonprofit organizations. Several of MCCOY’s youth-serving partner organizations depend on these meals to feed their clients.

As an intermediary “big picture” agency, we are by definition, a step away from direct service. So it was refreshing to work as a team in a direct service capacity. I started working for MCCOY in October, and I can confidently say that they best part of my job is our team. I’ve always liked, respected, and enjoyed their company. Now I simply adore them! And if I ever host a dinner party that for some reason requires 150 pounds of potatoes to be scrubbed, chopped, and deliciously seasoned—I know who to call.

Thanks to Second Helpings, not only for tolerating our antics, but for all of the great work that you do in our community!

On March 10th the Student Success Team hosted, “An Evening Dedicated to Parent Voices.” The theme of the event was parent engagement as it relates to student success. Around 80 parents and educators started the night with dinner provided by Jugs Catering followed by the keynote speaker, Randy Minniear, Chairman of the Board of Directors of the NFL Alumni. The second half of the event was dedicated to hearing what parents had to say about family engagement. This was done by a panel of 2 parents and 2 educators each posing a question to the parents on parent engagement. The parents were able to discuss the questions in small groups while a facilitator recorded their answers and feedback. The event ended with raffling off a Sony VIAO laptop and a HP netbook to parents. The information provided by parents will be used to direct further discussion and events on family engagement.

Our nation was founded on principals of immigration. In some way, all of us have friends, neighbors and relatives who immigrated to this country. My great-grandparents immigrated from Slovakia and Slovenia to seek a better life for themselves and their children. I feel grateful for the wonderful opportunities that this afforded me and my family.

Indiana is part of this great nation and today it is facing the possibility of dramatic immigration changes that can affect all Hoosiers. If Immigration Bill SB 590 passes it could jeopardize Indiana’s economic development and families. Therefore, members of the community from all sectors need to rise against Immigration Bill SB 590 to maintain our reputation as a welcoming and friendly state. A rally will be held next week to speak out against this legislation. Please be sure to share this information with your friends and colleagues.

With the House Democrats still residing in Illinois, there isn’t a whole lot of legislation moving. The Senate is continuing some hearings on bills that made it over, but there isn’t a lot in terms of youth-related legislation. Here is a short list of bills with some activity:

Hopefully next week the House can mediate it’s differences and come back to work to best serve the people of Indiana. Is it time to call in Dr. Phil? Just kidding…or am I? 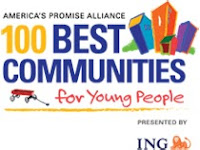 What do Anchorage, Cincinnati, Honolulu, Scottsdale and Virginia Beach all have in common? They all are part of America’s Promise Alliance 100 Best Communities for Youth! That’s right, each year America’s Promise Alliance recognizes 100 cities or towns throughout the United States that are “making extraordinary efforts to reduce dropout rates and provide outstanding services and supports to their youth”. All of the communities recognized have dedicated a significant amount of time and resources into helping youth succeed in school and life and have made a valuable pledge to resolve this issue for the long-haul.
In 2010, the whole state of Indiana had no communities that made the 2010 100 Best Communities for Youth list. Now, we know we’re better than that! Many of our organizations work very hard to support our students’ academic success as well as success in life. And many of us personally take the time to tutor or mentor children in Indianapolis. It’s time again that Indy stepped up and became one of America’s Promise Alliance’s 100 Best Communities for Youth in 2011. This is a rigorous activity, and will take the support from lots of organizations to collaborate – but if you’re ready, the time is now! There are lots of potential media attention and even some grant dollars at stake.