When I hear the term ‘youth worker’, I often envision a glorified babysitter. Someone who is tasked with  “keeping an eye” on the kids, as they engage in mindless activities. On the contrary, youth workers are ultimately responsible for helping our youth develop into strong leaders and become contributing members of society. Achieving this involves, carefully crafting safe and supportive environments where youth are able to speak on issues that  affect them and subsequently come up with ways to effect change. It involves creating an interactive environment where youth can turn abstract ideas to concrete experiences. It is about engaging youths minds and challenging them to think about and consider the world in new and exciting ways. So, let’s challenge the term youth worker and  use a term that better represents the individuals that are responsible for “growing up” our youth. Let’s transition to using the term ‘youth development professional(s)’.

The recently released movie Waiting for Superman has generated lots of attention from both proponents and opponents of public education. I hope it will help us focus our efforts—not on assigning blame—but on building an education system where every young person has access to a high quality educational experiences which help each student reach his/her potential. After all, isn’t that the aim of the movie’s producers?

No, we cannot wait for Superman, as Geoffrey Canada’s mother tells him in the movie, because Superman doesn’t exist. Who does exist, and who needs to exist for every child, is a super-hero who will always be there to remove barriers, open doors, and provide the support and encouragement every growing and developing young person needs. First and foremost, that superhero is a child’s parent or parents, the person(s) who bears the primary responsibility for the well being of a child.

But what we sometimes forget is that even the fictional Superman had to learn how to use his super powers over time. Just because he was more powerful than a locomotive, faster than a speeding bullet, and could leap tall buildings in a single bound, Superman had to figure out how to harness his tremendous abilities in ways that allowed him to do good for those in distress. Only then was he able to stand proudly for truth, justice, and the American Way!

I believe that the greatest majority of parents WANT to be good parents and do the best possible jobs helping their children achieve success. Unfortunately, some parents have not learned how to use their powers to help their children; many of them aren’t even aware they have powers because nobody ever helped them discover them. They don’t realize they can be advocates; that they and their children have choices; that there are ways through barriers to their student’s success.

As an orphan from the planet Krypton, Superman had to figure it out on his own but there is no reason that struggling parents should have to go without assistance. We youth service provider have to become parent supporters as well as youth supporters. We are in a great position to help parents discover and harness their unknown powers to help their children achieve academic and life success. Building their confidence as parents, showing them how to speak out effectively, and informing them of options are all concrete ways we can help them to discover the power that they have. When a parent is empowered to become an advocate for their own child’s educational needs, a child has a super-hero in his/her corner who is always going to be there. They won’t have to wait any longer.

Indianapolis Public Schools Superintendent Dr. Eugene White will be in the audience tonight for the Indianapolis premiere of a controversial film about the state of public education in our country.
An article in today’s Indianapolis Star quotes White:”I think people need to know that we are in trouble,” he said, “that we have a serious problem with educating our young people.”
While White and many others don’t think the movie proposes a cure-all solution, the film does draw much-needed attention to the shameful state of our nation’s public educational system. MCCOY is working to help find solutions through initiatives that coordinate early intervention and prevention services for children and families and dropout prevention initiatives to help young people graduate from high school ready to build a successful life.
Watch the Waiting for Superman trailer. 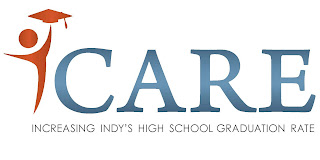 MCCOY and our partners, Emmis Communications and State Farm Insurance, have collaborated on the “I Care” campaign. This campaign is designed to educate the business community in central Indiana on the current status of Marion County schools graduation rates and why every individual and organization should care.

The high school graduation rate in Marion County is just 78.3 percent, which is the second highest drop-out rate in the country. Usually being second place in anything is pretty good; in fact it’s the next best thing to first. However, this is not a stat that we should be happy about. This astounding issue negatively affects our community as a whole.

Increasing the high school graduation rate would have a very positive impact on our community. Students would see increased earnings, which would mean an increase in spending and investment in local businesses, and an increase in tax revenue. Statistics have also shown that as graduation rates increase, crime rates in cities will decrease. Increasing the high school graduation rate means we can all live in a community where are citizens are more educated, local businesses have more support from customers, and where we feel safer.

Doing your part and showing you care is a win-win situation for everyone involved. Please take part in MCCOY’s “I Care” campaign by volunteering to be a mentor to a student or parent, hire a student intern, support your local school, donate to organizations that support positive youth development and advocate for positive youth issues.

Visit the “I Care” campaign website to stay informed of our efforts and to view video and testimonials from local community leaders of why they care! 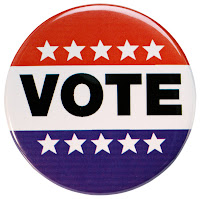 Aside from the extremely tough economic times, our country seems to be in a deep state of political turmoil. It seems as though politicians have lost their way and have forgotten the purpose of holding an elected office – to effectively serve their constituents. Members of the Democratic and Republican parties have strayed from the fundamental basics of a two-party system. This system was designed to reflect differing opinions and interests on the role and scope of the federal government and liberalism versus conservatism on social and economic issues, among others. The ideal would be to have all interests represented, with agreement on policies that reflect the best interests of the majority of Americans.

What is happening instead is lowbrow political campaigning, with a large focus on fear and little focus on critical issues that our country is facing. There are mudslinging battles between parties that result in little being accomplished to bring the country back to a better place both on the domestic and international fronts.

The result to a large percentage of American voters has been confusion, apathy and misguided decisions of which candidates are best suited to represent them in local, state, and federal government. But, Americans have the power to change this trend by becoming informed voters who analyze candidates not through the skewed political ads and partisan political analysts, but through non-partisan research of their stance on the issues. With so much negative campaigning and influence of special interests, it is hard to sift through what is fact and what is fiction. How do we know what the candidate really believes?

The key to being an informed voter is taking everything that the opponent says with a grain of salt. Most claims of political opponents are exaggerations of the truth, distortions of the truth by taking statements out of context, and sometimes just blatant lies. Do your own research and understand the partisan leanings of the media source from which you obtain your information. Most media outlets, whether openly or not, lean conservative or liberal on most issues. These influences affect the way they report stories and what information they choose to share or withhold from their stories.

Two great websites that I have found to be useful and non-partisan are www.factcheck.org and www.votesmart.org. Factcheck.org is a non-profit project of the Annenberg Public Policy Center of the University of Pennsylvania. The site analyzes the factual accuracy of political ads, debates, speeches, etc. Votesmart.org is a non-profit organization made up largely of volunteers representing the entire political spectrum. The site provides information on federal and state candidates as well as current elected officials. You can search the site to find information such as key votes on issues, recent speeches and even current endorsements and campaign finance.

Being a country founded on democracy in which the citizens have a voice in the functioning of their government, Americans have the inherent right and fundamental duty to make informed decisions about how that government serves them. It’s time to step up and take charge of that power. Let’s let politicians know that we’re paying attention.